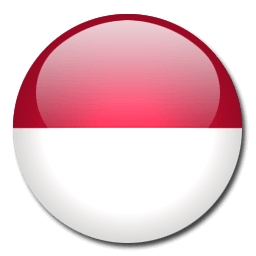 Considering Monaco as your study destination?

Monaco is one of the most unique countries in the world. It covers a land area of just 2.1 km2 (0.81 sq mi) and has a population of 38,100, with more than 30% of those being millionaires. Needless to say, no other country in the world comes even close to that percentage. So why does it attract so many millionaires? Well, we imagine the non-existent income tax is probably the main driver, but the luxurious lifestyle, ultra-safe streets and sweeping sea views don’t hurt either.

However, studying in Monaco is not a left-field choice as you might think. The citystate’s only university, the International University of Monaco (IUM), has been running since 1986 and has a student body of over 600. It holds a number of accreditations from global bodies and specialises in Monaco’s most prominent industries: namely luxury services, wealth management, tourism and sport management. As the only university in Monaco it holds privileged links with the principality’s major companies, so if you have a clear idea of where you want to go in your career then studying in Monaco is a smart choice.

Videos from Graduate Schools in Monaco

Plan to study abroad in Monaco?

How much will it cost to live and study in Monaco?

With the costs of living in Monaco itself being quite prohibitive, most students choose to live just outside the principality – often in neighboring France. However, given the tiny size of Monaco, that can still mean you’re living within walking distance of campus.

The International University of Monaco website indicates that you’re likely to pay in the region of €600-€800 for a private double room or €800-€1,200 for your own flat.

Do I need to get a VISA to live and study in Monaco?

How reputable are universities in Monaco?

Although Monaco is home to just one university, it is highly-regarded throughout the world. The MBA program at IUM is rated as one of The Economist’s Top 100 MBAs in the world, whilst the university has been accredited by a number of global bodies.

Monaco has a highly-specialised economy mainly concentrated in the industries of tourism and banking. Therefore if you have designs on working in the fields of luxury services, wealth management or tourism, you couldn’t pick a better destination to study in than Monaco. With a GDP per capita that is the second-highest in the world, there is a lot of potential for a lucrative post-graduation career here.

Are there a lot of international students in Monaco?

As the name of the school suggests, internationalism is in IUM’s DNA. Over 80 different nationalities make up the student body & faculty here, whilst just over half of Monaco’s population is comprised of citizens born outside of France or Monaco.