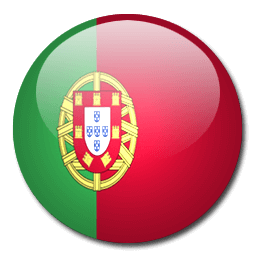 Considering Portugal as your study destination?

Portugal is the westernmost country in Europe, famed for its idyllic beaches, Mediterranean climate and long, storied history. It is one of the oldest nations in the continent and its 17 UNESCO World Heritage Sites convey the depth of natural beauty throughout the country. Tourists have long flocked to the Algarve region to the south whilst major cities Lisbon and Porto are attracting an increasing number of expats and students every year. They are no doubt tempted by the warm climate, affordable cost of living and highly-regarded universities.

To study in Portugal is to enjoy a truly international experience. The country’s level of English is ranked amongst the best in Europe (according to the annual EF English Proficiency Index*) and that reflects in the increasing number of English courses available to international students. The University of Coimbra is the oldest university here and remains one of the most prestigious, whilst the Nova School of Business & Economics and the Católica Lisbon School of Business & Economics are two leading European business schools. Portugal’s blend of teaching excellence, quality of life and post-graduation job prospects make it an unbeatable international study destination.

Videos from Graduate Schools in Portugal

Plan to study abroad in Portugal?

How much will it cost to live and study in Portugal?

Those who study in Portugal are likely to pay less than other Western European nations. In the two main cities of Lisbon and Porto monthly rent will cost between €300 and €600 depending on your living situation (shared apartment, university residence or private apartment). Master’s tuition fees in Portugal start from €1,250 per year at public universities and are closer to €4,000 at private universities.

Do I need to get a VISA to live and study in Portugal?

How reputable are universities and graduate schools in Portugal?

Average salaries in Portugal are below the European average. It is undoubtedly a competitive job market but with the country facing skills shortages in the likes of IT, communications and tourism, there remain opportunities here for skilled graduates. Having a strong command of Portuguese and English is a great way of getting ahead of other candidates.

Are there a lot of international students in Portugal?