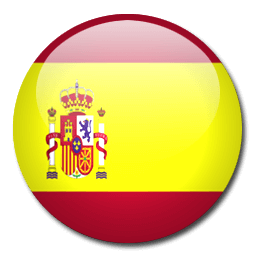 Considering Spain as your study destination?

With one of the best climates in Europe, a distinct cultural identity and a growing number of internationally-recognised universities, it’s little wonder why Spain is one of the top destinations for international students and one of the most visited countries in the world. Whilst a high proportion of Spain’s international students flock to the cosmopolitan cities of Madrid and Barcelona, you will also find large student populations in the likes of Granada, Valencia and Bilbao.

Although Spain lies within Western Europe, one of the wealthiest regions in the world, both tuition fees and living costs are very reasonable compared to some of their European neighbors. You’ll find that the majority of courses around the country are taught in Spanish, but there are increasingly more English-taught programs in the international cities of Madrid and Barcelona. Those two cities are also home to some of the best business schools in Europe such as IESE, IE and ESADE, all of which rank amongst the top 20 in the continent.

Combine this teaching excellence with the enviable Mediterranean way of life and you’ve got yourself one of the best study locations in the world.

Videos from Graduate Schools in Spain

Plan to study abroad in Spain?

Living and studying in Spain

Both the tuition fees and living costs in Spain are lower than their European neighbors. Tuition fees for masters degrees at public universities will not typically exceed €4,000 per year, whilst living costs vary depending on the city: in Madrid and Barcelona you can expect to pay an average of €400-€500 for your monthly rent, but that figure could be considerably cheaper in smaller Spanish cities.

Do I need to get a visa to study in Spain?

You’ll need to apply for a student visa for Spain before arriving in the country. The full list of requirements are available here.

How reputable are Spain’s universities?

The University of Barcelona, Pompeu Fabra and Complutense University of Madrid are three of the highest-ranked Spanish universities, whilst business schools such as IE, IESE and ESADE are ranked amongst the best in Europe by the Financial Times, The Economist and Forbes.

What is the job market like for graduates there?

The Spanish job market is one of the more challenging in Europe with high levels of unemployment in certain regions of the country. However, Spain remains the fourth largest economy in Europe and a master’s degree puts jobseekers at a significant advantage over others.

Are there a lot of international students in Spain?

With a relatively low cost of living and high quality of life, Spain attracts in the region of 100,000 international students every year.