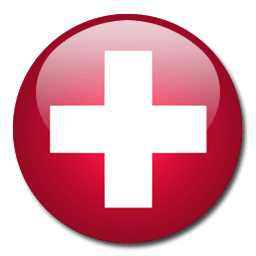 Considering Switzerland as your study destination?

Switzerland is a landlocked country in central Europe which, although undoubtedly influenced by the countries that it borders, has always retained a strong sense of independence and neutrality. Despite being surrounded by member countries of the EU it has not joined the union itself, nor does it use the Euro, and only became a member of the United Nations in 2002. Yet that does not mean Switzerland is isolated or estranged from its European neighbors. It is well-known for being an extremely welcoming nation in which almost 30% of its population count themselves as immigrants – one of the highest rates of any country in the world.

When it comes to studying in Switzerland, you will not find higher-quality universities anywhere else in continental Europe. In the QS World University Ranking 2019 the country had a school ranked as the 7th best in the world – ETH Zurich – whilst the Master in Management course at the University of St. Gallen has been ranked as the best in the world for five years straight. So whether you choose to place yourself in the financial hub of Zurich, the center for international diplomacy of Geneva or the historic capital Bern, study in Switzerland and you’re setting yourself up for future success.

Videos from Graduate Schools in Switzerland

Plan to study abroad in Switzerland?

How much will it cost to live and study in Switzerland?

Switzerland is notorious for being one of the most expensive places in the world to live – but when it comes to tuition fees it is more affordable than many European countries. And uniquely, the majority of universities in Switzerland charge the same fees to students regardless of nationality. When it comes to master’s degrees you will pay in the region of €300 – €3,500 a year in tuition.

Expect to pay upwards of €1,000 per month for accommodation here, together with a general cost of living that is one of the highest in the world.

Do I need to get a VISA to live and study in Switzerland?

EU/EEA citizens need only register with local authorities upon arrival to obtain a student visa. They must provide proof of enrollment on the course as well as health insurance and proof that they can support themselves financially during studies. In terms of students from the rest of the world, they must apply for a visa from the Swiss embassy in their home country with similar documentation. You will find more information on the Swiss government website.

How reputable are Swiss universities ?

Their universities and business schools rank amongst the best in the world, with the likes of ETH Zurich, IMD Business School and HEC Lausanne all internationally-recognised educational centers.

Switzerland is home to a wealth of multinational corporations and organisations such as Zurich, Nestlé, Credit Suisse, the United Nations and Red Cross, meaning graduate job opportunities will not be in short supply. It remains a small country, so competition for these roles is high, but with high wages and low taxes Switzerland is financially one of the most attractive post-grad options in the continent.

Are there a lot of international students in Switzerland?

In such a multicultural and multilingual country it should come as little surprise that Switzerland attracts a high number of international students every year. Almost 20% of the total student population here came from abroad to study.