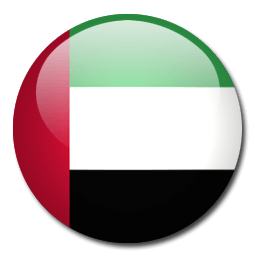 Masters in the United Arab Emirates

Considering the UAE as your study destination?

Studying in the United Arab Emirates offers an enticing mix of the old and the new that makes it a popular destination for international students from all over the world. UAE’s biggest city Dubai is the epitome of a 21st century city, with vast manmade structures and a huge expat population, yet dig a little deeper beyond the gleaming skyscrapers and you’ll find an ancient history that stretches back thousands of years. Although the country’s wealth is traditionally associated with oil, in actual fact less than 5% of their revenue now comes from oil, with the economy long since having diversified into financial services, trade and tourism.

The UAE government has invested significant amounts of money into its higher education sector, subsequently making its universities some of the most cutting-edge in the world. That investment has also attracted several foreign universities from the UK and US in particular, with the likes of Alliance Manchester Business School, London Business School and the Massachusetts Institute of Technology (MIT) all having campuses in Dubai. They complement the country’s own universities which have been steadily climbing the rankings in recent years, students no doubt attracted by the ultra-modern campuses, world-class international faculties and the alluring prospect of paying no income tax post-graduation. Well, we had to mention that at some point…

Graduate Schools in the UAE

Top Master Programs in the UAE

Videos from Graduate Schools in the United Arab Emirates

Plan to study abroad in the UAE?

How much will it cost to live and study in the UAE?

The UAE has one of the highest GDPs per capita in the world, meaning the cost of studying in the UAE is quite high. The vast majority of universities here are private, meaning they are free to set their own prices for tuition. The cost of a Master’s in the UAE is likely to cost at least €10,000, though some will be considerably more. The cost of living in Dubai in particular is not cheap. Apartments in the city are likely to cost in the region of €1,000 – €1,500 per month, whilst the cost of living in Abu Dhabi is generally a little more affordable than Dubai.

Do I need to get a VISA to live and study in the UAE?

Along with confirmation of enrollment at your university, you’ll need to pass a medical and get a visa sponsor (normally either the university or a relative). Full details can be found on the UAE government website.

How reputable are UAE’s universities?

Universities in the UAE are steadily rising in global university rankings after a period of sustained investment from the national government. Now, the likes of the United Arab Emirates University, Khalifa University and American University in Dubai (AUD) all reside at the top end of the Middle East ranking.

On the whole the UAE has a high-income economy but no income tax, meaning graduates who settle here could secure a financially-rewarding role. The country has an extremely low unemployment rate in general and around 10% of the population hold a Master’s degree or MBA.

Are there a lot of international students in the UAE?

In a country where the expat population is some 88%, there are naturally also a huge number of international students here. Most courses are taught in English and a number of foreign universities from across the world have secondary campuses here.