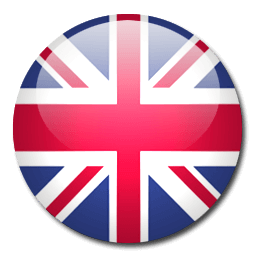 Masters in the United Kingdom

Considering the UK as your study destination?

The United Kingdom is one of the most popular countries to study for a graduate degree, where world-class teaching and cutting-edge campuses combine to provide students with an unmatchable educational experience. It can count on the second-oldest university in the world – the University of Oxford having been founded back in the 12th century – which along with its rival Cambridge is still considered as one of the best on the globe. Whether you’re attracted by the historical splendour of Oxford or Cambridge, the vibrancy of London or the student-centric city of Manchester, the various cities throughout the UK have something for everyone.

Studying in the UK has never been more popular, with almost half a million international students currently studying there. And whilst it is unlikely that they were attracted to the UK by its notoriously unpredictable climate, the country’s raft of highly prestigious and historic universities continue to draw talented individuals from around the world – no matter how often it rains! It’s also one of only two English-speaking countries in Europe (the other being neighbouring Ireland), which goes some way to explaining why students from outside the EU make up almost 80% of its international student population. Will you be the latest individual to join the UK’s storied ranks of global alumni?

Graduate Schools in the United Kingdom

University of Bath School of Management

Videos from Graduate Schools in the United Kingdom

Plan to study abroad in the UK?

Postgraduate degrees for international (non-EU) students range from £10,000 to £30,000 per year. Students from the UK and the EU* can expect to pay anything from £8,000 to £20,000 for their master’s degree. In most parts of the country average monthly rents will not be much more than £500, but that figure is likely to double to £1,000 for London-based students.

Do I need to get a visa to study in the United Kingdom?

EU students don’t currently require a visa to study in the UK, but non-EU students will have to apply for a general student visa (tier 4).

How reputable are the UK’s universities?

The UK is a globally-recognised hotbed of higher education and home to some of the top universities in the world such as Oxford, Cambridge, Imperial College, UCL and Edinburgh.

The UK has a strong job market with consistently low unemployment rates and an average postgrad salary of £40,000. The pharmaceutical, financial services and aerospace industries are all important contributors towards the UK having the sixth-highest GDP in the world.

Are there a lot of international students in the United Kingdom?

The UK has the highest number of international students of any European country, with the figure standing at 485,000 in 2018/19.