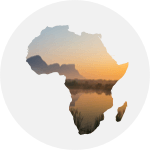 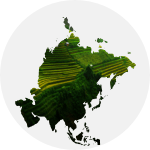 Why you should consider a Master's in Oceania

Getting your Master's in Oceania is investing in your business skills.

It is home to Australia and New Zealand: two countries with strong economies, low unemployment, and high qualities of life.

There are a lot of international students here, so if you’re coming from abroad then you’ll be in good company.

Graduate visas mean you are able to stay in the country after graduating in order to search for employment.

You’ll have the chance to get a master’s degree from one of Oceania’s many globally-respected universities.

With a wealth of scholarship opportunities throughout the region, the high cost of studying here could be taken care of.

Oceania is home to stunning wildlife, amazing natural geography, and a quality of life that is among the best in the world. Australia and New Zealand are the two most developed countries in the region where you will find most of the study and work opportunities. Besides its major urban areas, Oceania also contains over 10,000 islands, many of which are untouched enclaves of breathtaking biodiversity. Even though it is far from the rest of the world, this small pocket of Earth is an enduringly popular destination for international students.

Both Australia and New Zealand contain world-class universities, though the majority are found in the more populous Australia. It is one of the leading study destinations in the world and attracts a huge number of foreign students every year. New Zealand also excels in higher education for a country of its size (population 4.8m), with universities that rank amongst the global top 100 and cities that regularly lead quality of life rankings. With plentiful scholarship opportunities, generous graduate visa options, and strong employment prospects, there are more than enough incentives to make a master’s in Oceania your next priority.

5 things you should know about studying in Oceania

How much will it cost to live and study in Oceania?

Australia and New Zealand, where the majority of universities in Oceania are located, have excellent reputations for higher education and so the cost of studying is not cheap. Typical tuition fees for master’s programs in both countries are between €13,000 and €27,000.

How reputable are the universities in Oceania?

Australia and New Zealand both have extremely strong economies with a GDP per capita that is amongst the highest in the world. Both countries also have low unemployment rates with high salaries.

Are there a lot of international students in Oceania?

Which languages are spoken in Oceania?

English is the most spoken language in Oceania and serves as the official language in most countries. French, Maori, and a series of other languages are also spoken to varying degrees in Oceania.